19 million down, only two million to go! 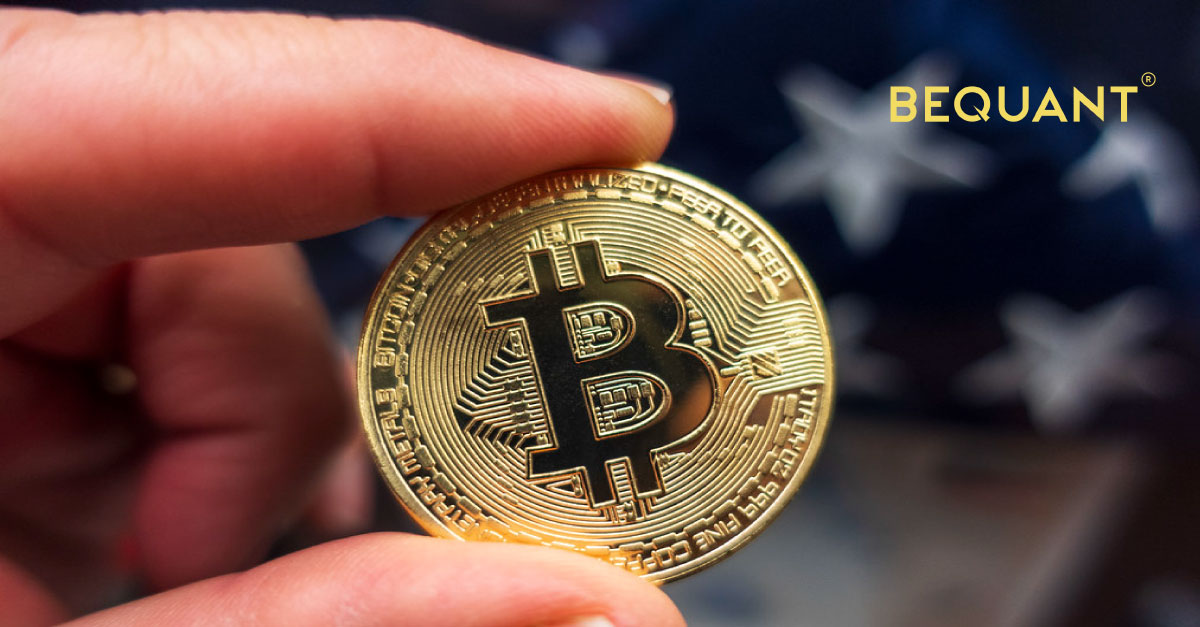 The 19 millionth Bitcoin was mined last Friday out of a total of 21 million, that’s over 90% done. This is because of the halving cycle, by which every four years (or more exactly, every 210,000 blocks) the mining reward is slashed in half. Bitcoin has been around for 13 years, so there have been three cycles. The next one is on March 2, 2024 when the mining reward will drop from 6.25 BTC to 3.125 BTC.

The last Bitcoin won’t be mined until around 2140, after which rewards will consist purely of transaction fees paid by users of the blockchain as opposed to today when almost 90% of rewards are from the coins that miners receive for verifying a new block of transactions.

The Power of Proof of Work: Despite the eventual end of BTC issuance, which none of us will be around to witness, the fact that miners compete to solve complex math equations or “hashes” to win the right to process the transactions, means that they are investing in computing power or “hashrate” in an effort to secure the valuable coins. This is one of the unique features of proof of work, as it gives miners an incentive to secure the network and makes it unprofitable to hack it because of the vast investment it requires.

Mining capacity to grow 60% in 2022: Given that miners are continuing to invest in the blockchain at a rapid clip, it should become even more robust. Compass Research estimated that the global hashrate will rise to 327 exahashes (EH/s) per second by the end of this year, up 60% from last year, and 587 by the end of 2023. Despite this, CoinShares published a report in January estimating that the network emitted 42 megatons of carbon dioxide into the atmosphere in 2021, or 0.08% of the world’s total. They also calculated electricity consumption at 89 terawatt-hours (TWh), or 0.05% of the global total, despite the network reaching ATH hash rates.

Miners are also bullish BTC, steadily increasing their reserves, with Marathon Holdings the third-largest business holder, behind Microstrategy and Tesla.

Mining can help oil majors reduce methane and CO2 emissions: A few weeks ago, Conoco-Philips, the energy company announced its foray into mining, with Exxon-Mobil following suit last week. We should expect to see more such announcements. ExxonMobil has a deal with Crusoe Energy Systems, one of the pioneers of using wasted gas to power bitcoin mining as it aims to achieve World Bank Zero Routine Flaring by 2030.
Flare gas emissions became a pressing issue in the U.S. as oil production ramped up, according to the government. The U.S. is the largest oil producer in the world and according to the US Energy Information Administration, the volume of natural gas vented and flared in that country reached its highest level since 1961, with 85% in Texas and North Dakota. It is in this context that ConocoPhillips announced a Bitcoin pilot project that sells stranded gas to bitcoin miners. This will allow them to cut carbon emissions and provide miners with lower-cost energy.
You can see gas being flared around the world live here: https://viirs.skytruth.org/apps/heatmap/flaringmap.html#lat=29.43243&lon=15.26825&zoom=3&offset=15

Martha is the Head of Research at BEQUANT, the one-stop solution for institutional digital assets traders. She is a fund and investment expert, specialising in emerging markets. As the Head of Research, she delivers research analysing market trends for Quants and institutional investors in the crypto space, identifying key trends and drivers, utilising her experience in other markets to do so.

You can connect with Martha on LinkedIn here and follow the BEQUANT page here.