The Year in Review: A rollercoaster ride 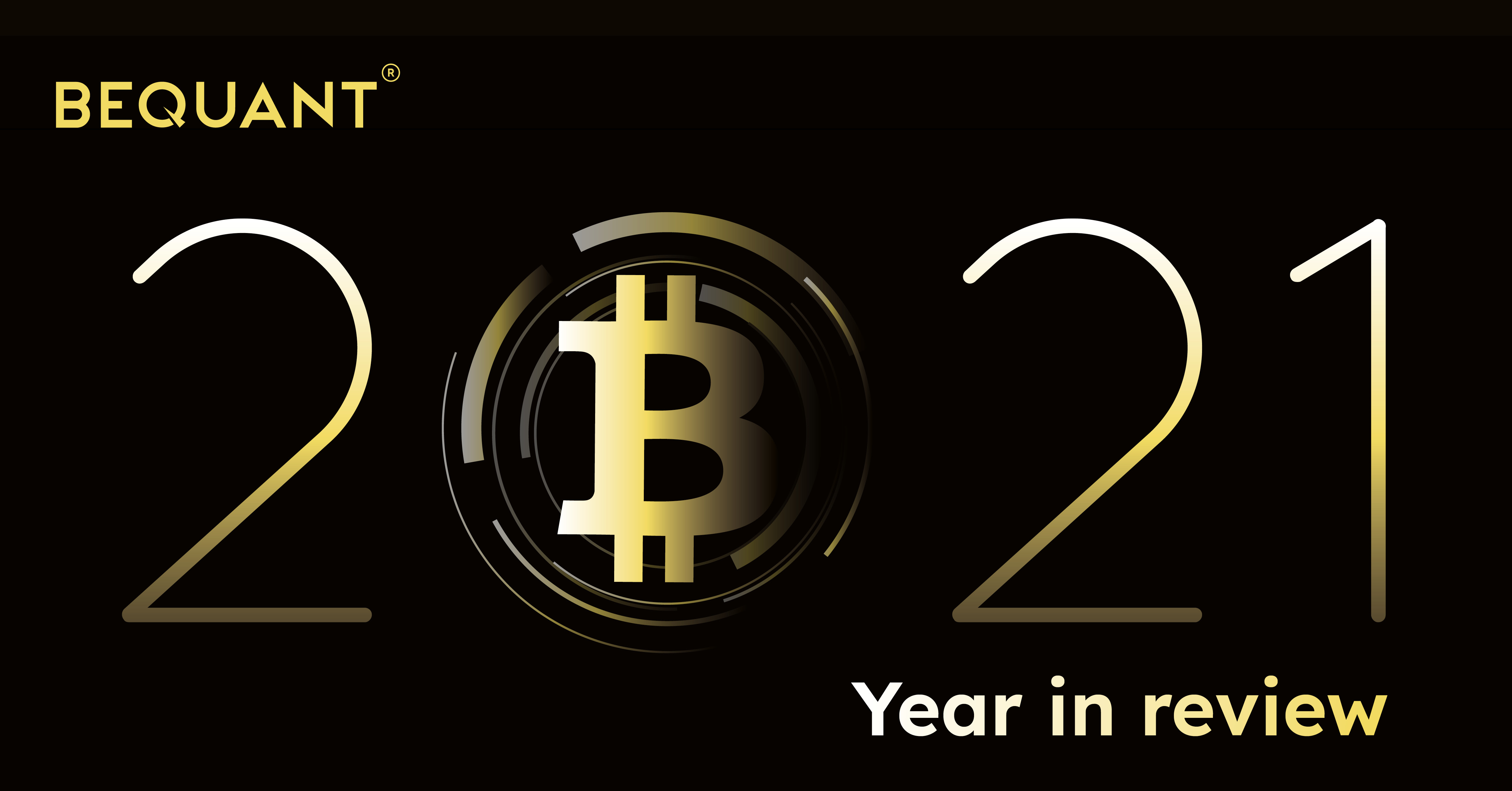 From the dizzying heights of the leveraged spring rally fuelled by Elon Musk's tweets to the summer lull, after Tesla did an about face and China expelled miners, bitcoin dropped over 50%. Autumn brought better news and fresh all time highs as El Salvador adopted bitcoin as legal tender. The US allowed the first bitcoin futures ETF the following month. Then taper talk and potential rate hikes dampened performance once again, with weakness in higher growth equities spilling over into crypto. The Fed’s change in tone just as we reached peak inflation and lower growth into 2022, mean sentiment has remained fragile.

At times, price action seemed to be driven by memes, others by the bond market. With all of the noise, it is important to remember the underlying technology and use cases underpinning the growth of digital assets. Crypto market cap reached $2.24 trillion from $650bn in 2021, trading volume shot up from $2 to $6 trillion per month on exchanges, and VC investment jumped from $3bn FY20 to $15bn as of Q321. Adoption grew over 800%, with estimates of 300 million investors worldwide. Financial institutions are allowing client access, trading themselves or experimenting with blockchain technology. 2021 was also the year regulators were forced to take the sector seriously and it became clearer that there was no intention to ban crypto in most countries. Let’s take a walk down memory lane with a selection of  highlights.

May - China mining crackdown and Musk u-turn, Uniswap upgrade is a success

June -  A month to forget

July: Rise of Play to Earn

August - NFT mania and lobbying on Capitol Hill, ETH London hard fork, BTC briefly above 50k for the first time since May

Exchange volumes at $6 trillion per month, up from just over $2 trillion Dec 2020

Bloody Sunday: Exchanges offering futures liquidated $10 billion worth of positions on April 18 as investors leveraged up in the run up to the Coinbase IPO

Chinese miner exodus benefited the U.S. and a higher share of renewable energy

NFT volumes surpassed $1bn per week during the summer mania, primarily on OpenSea

Bitcoin loses its dominance to Ethereum, and other protocols as investors broaden their portfolios

Value Locked in DeFi has almost 10xed in a year, with Ethereum still dominating but alternatives such as Solana gaining some ground due to high ETH gas fees

See you in 2022! We welcome comments and suggestions. Martha @reyeshmartha