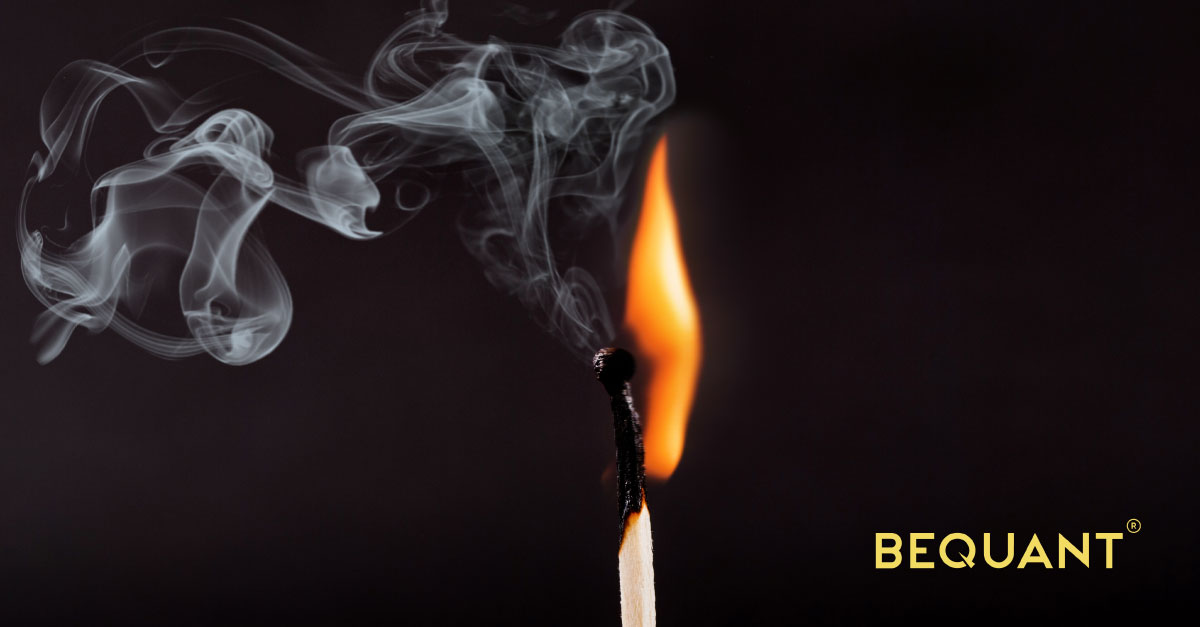 What began as a tentative relief party in tradfi turned into a blowout last weekend in crypto. Positioning helped. With open interest to market cap high, the positive news around a potential September merge caused ETH to skyrocket. We are seeing short squeezes in select equity names as well. Sentiment and positioning have become more negative but in a form of gaslighting, equities ignored the bond market. Corporates are getting the message, though, with everyone from Tesla to FTX beefing up their balance sheet for a rainy day.

US equities were up most of the week despite the spread between the 2 yr US government bond yield and the ten year at over -20 bps, the most negative since 2000. The equity market appears to have its head in the sand about the economic outlook, betting for a stronger 2H. On Friday, a weak July services PMI and poor earnings from Snapchat and Twitter broke the three-day rally.

In 2000, spreads remained negative for most of the year, which preceded a mild recession the following year. The Fed had raised the fed funds rate from 4.75% in early 1999 to 6.5% by July 2000 to try to cool the economy and a hot stock market, which led to the Nasdaq crashing by 70%. One key difference is that at the time, the Nasdaq 100 was trading at over 100x forward P/E, far from the 25x levels of today.

Sentiment has turned more negative recently, with the widely tracked Bank of America survey of fund managers the most downtrodden since the Covid shock.

We can conclude that positioning coming into earnings season likely played a part in the rebound, with investors now short the S&P, less long the Nasdaq and short select names such as Netflix and Tesla.

Earnings still have to fully play out but so far they are not comforting (+8% revenues, -7% earnings). Lower estimates and high short interest led to a short squeeze when Netflix reported a loss of almost a million subscribers instead of the 2 million feared, and guided for a gain in Q3 of 1 mn.

Tesla, another short darling, reported FCF of $621 mn, though this was not impacted by the sale of bitcoin. The sale was done at an average price of 30k to boost cash for a potentially tricky China outlook and may have played a part in the crypto selloff.

Earnings beat but they posted the first sequential EPS decline since 2020. Management is sticking to its 50% delivery growth for the year but warned it would be tougher to achieve.

In Europe, the ECB surprised the market by raising rates by 50bps after having guided half that, leading to a short-lived pop in EUR/USD on Thursday. This takes rates to 0%, the first time they haven’t been negative since 2014. It is unlikely that the euro can stand up to more aggressive tightening in the US and a weakening economy, with the July PMIs dipping below 50 (contractionary).

Despite ECB president Lagarde’s plan to buy higher yield peripheral bonds, Italian yields rose again as technocrat and market favorite Mario Draghi resigned as PM. With debt to GDP at 150%, Italy is the most fragile nation in the region so a potentially populist candidate in the form of Georgia Meloni from the Brothers of Italy caused ripples.

FRONTIER MARKETS: THE CRYPTO OF TRADFI

Dollar strength will continue to wreak havoc on emerging and frontier markets, with Pakistan now in the headlines. Bond spreads and credit default swaps (CDS) across the asset class have spiked as people take on insurance against country defaults. Pakistan has $16 bn in financing needs over the next year, including a $12 bn current account deficit and $4bn in debt to be repaid, while reserves are less than $10bn.

An agreement with the IMF may release $1.2bn and allow access to another $4bn which would avert a default.

A one way bet? The Pakistan rupee

Digital assets are up 14% as of Friday for the week, driven by the outperformance of Ethereum on a tentative merge date proposed by devs for September 19. ETH (+30%) left BTC (+11%) in the dust after a period of heavy underperformance. Polygon and Avalanche were both up 29%, while further down the market cap list, Near rose 35% and Ethereum classic was up 74%.

FAR FROM THE FLIPPENING

The entire crypto market has seen a significant rally this week but Ethereum has achieved particular gains, with prices rising 32% over the last 7 days. On Monday alone Ether futures saw $230m in liquidations ($137 million in shorts and $93m in longs).

In addition to a less stressed macro scenario, there was a fundamental reason for the move as developers shared a tentative timeline for the merge which involves Ethereum transitioning from a proof of work to a proof of stake consensus mechanism. The proposed date is September 19.

Two more public testnet merges need to be completed on Ethereum Goerli and Sepolia networks before the mainnet merge can be executed. Many are taking the dates with a pinch of salt given Ethereum’s past form on delays to the merge but a proposed date indicates confidence that it’s on the brink.

The ETH/BTC ratio was at the lowest levels since April 2021 at .054, erasing all of the outperformance until the weekend rebound. At its height, many hoped that ETH would flippen’ BTC.

ETH: Still a long way from the flippening

STASHING CASH FOR A RAINY DAY

It’s not just Tesla and JP Morgan strengthening their balance sheets, FTX, the leading crypto derivatives exchange, raised $400 mn last January in a Series C round at a $32 bn valuation and its US operations raised an equal amount at an $8bn valuation. Now both entities are looking to raise additional funds at the same valuation after having committed  $1bn in credit facilities to stem market contagion.

We were given further insight this week into the debt taken on by crypto hedge fund 3ac, who owe $3.5 billion to 27 different firms. Top of the list is Genesis, a crypto prime broker whose parent company is the Digital Currency Group, with $1.3 bn in funding and ownership of the Grayscale Bitcoin Trust, with almost $30 bn in AUM.

The broker has filed a claim for $1.3 billion. Voyager Digital filed a claim for $674 million but we do not yet know the identity of the remaining creditors. According to Genesis, their loan was under-collateralized with a weighted average margin requirement of 80% which 3ac fell short of by $462 million as of June 15. The collateral posted by 3ac was made up of shares in Grayscale Bitcoin Trust and Grayscale Ethereum Trust as well as AVAX and NEAR tokens.

Spot the issue. Collateral that was locked up and at a discount, and less liquid names that are harder to exit in a hurry. Exposure to low liquidity, in small cap equities, led to the downfall of famed investor, Neil Woodford, at Invesco.

Lido, which has $6.5bn in ETH staked on its platform, making it one of the leading providers of stETH and second in DeFi TVL, is launching its services on ETH Layer 2’s. People will be able to stake directly on L2’s and earn 3.9% annualized yields. They are betting that most economic activity will migrate to these solutions due to scalability and lower costs.

TVL on Lido is down from its $19bn peak but stETH has not depegged again from ETH as occurred during the Terra contagion when everyone rushed to convert their stETH back to ETH.

This document contains information that is confidential and proprietary to Bequant Holding Limited and its affiliates and subsidiaries (the “BEQUANT Group”) and is provided in confidence to the named recipients. The information provided does not constitute investment advice, financial advice, trading advice or any other sort of advice. None of the information on this document constitutes or should be relied on as, a suggestion, offer, or other solicitation to engage in or refrain from engaging in, any purchase, sale, or any other investment-related activity with respect to any transaction. Cryptocurrency investments are volatile and high risk in nature. Trading cryptocurrencies carries a high level of risk, and may not be suitable for all investors. No part of it may be used, circulated, quoted, or reproduced for distribution beyond the intended recipients and the agencies they represent. If you are not the intended recipient of this document, you are hereby notified that the use, circulation, quoting, or reproducing of this document is strictly prohibited and may be unlawful. This document is being made available for information purposes and shall not form the basis of any contract with the BEQUANT Group. Any transaction is subject to a contract and a contract will not exist until formal documentation has been signed and considered passed. Whilst the BEQUANT Group has taken all reasonable care to ensure that all statements of fact or opinions contained herein are true and accurate in all material respects, the BEQUANT Group