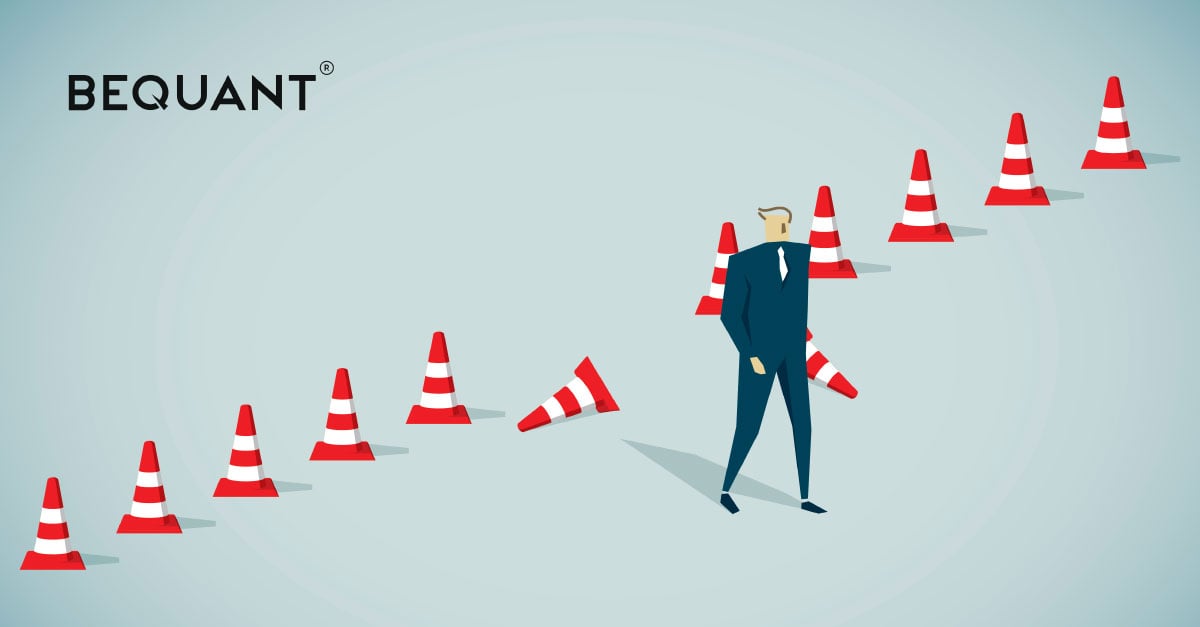 Many lines have been crossed in recent weeks, from the unprecedented freeze of a nation’s central bank reserves to halting of trading on the LME to protect a whale. These events are eroding and fragmenting a multi-decade financial system largely built on trust. Recent events bring home the utility of digital ledger technology to protect value in a way that is not possible in the traditional system. So it is good to see the White House Executive Order proposing to regulate digital assets in a way that encourages innovation while minimizing risks.

In macro, investors continue to be cautious, with the eurozone bearing a lot of pain and this will continue to weigh on crypto, though we saw impressive VC investments and a new gaming fund. The standout story was the sudden exit of developer Andre Cronje from Fantom. It flags key person risk, which is something that also happens in TradFi. The passing of Steve Jobs being a prime example where investors questioned the sustainability of the business without him. It turned out to be a red herring.

In the eurozone, inflation is hovering near 6%, prompting the European Central Bank (ECB) to announce it would end net bond purchases in September. This is sooner than the market had anticipated and may pave the way for rate hikes before year-end, with rates currently at -0.5%. The ECB is now expected to hike by 75 bps by March 2023.

European stock markets have been hard hit in this correction given their closer economic ties with Russia, with the German market entering bear territory (a correction of 20% or more).

Closer to the action: the euro crashed, continuing its year-long downward trend against the USD

Risk-averse: U.S. investment-grade spreads (minimum BBB rating) widened the most since June 2020 this week, with investors shying away from even good credit standing.

*Rates are calculated based on Real yields on Treasury Inflation-Protected Securities (TIPS).

CHINESE ADRS: ANOTHER NAIL IN THE COFFIN

WIth some Chinese shares down by 40% or more over the last six months, another move by the Securities and Exchange Commission to push companies from China off American exchanges led to the worst decline since the Global Financial Crisis. The Nasdaq Golden Dragon China Index fell by 10% on Thursday, and Hong Kong shares also felt the impact. Regulatory crackdowns, rotation out of tech, and geopolitics are all playing their part.

The 145-yr old London Metal Exchange (LME) suspended trading in its three-month futures nickel contract after a short squeeze drove prices to a record $101,000 per ton. Nickel is a key component in electric vehicle batteries and Tsingshan, the world’s largest producer, had amassed huge short positions to hedge against falling prices, facing $8bn in losses.

Trades were due to restart on Friday but remain on hold, as the metals exchange works to close the substantial short positions on its books and protect its small brokers from almost certain collapse.

Amazon finally approves a 20:1 split, it’s first since 1999, and a $10 bn share buyback, the same day that the Justice Department was asked by Congress to investigate “potential criminal conduct” by Amazon and some of its executives. Under Bezos, Amazon wasn’t really known for share buybacks and cash flow will be under more pressure this year. The announcement did help stem weakness in the price temporarily, which is off 30% from its high last year.

Coin inflows into exchanges have not been significant lately, at 1k per day, although over the last year we’ve witnessed important divergences in exchange flows. According to Glassnode, Binance, Bittrex, Bitfinex and FTX saw growth in coin reserves of 207k coins (+24% since July 2021) while others have seen outflows (-253k). Unsurprisingly, Huobi had the largest outflows especially post the China ban, while Binance enjoyed the highest inflows.

Tesla may have dismissed the idea for now, but Binance, the leading crypto exchange, created a fiat-to-crypto payments provider, Bifinity, to help businesses become "crypto-ready", an area with a lot of potential as merchants seek to cater to customers. The evolution from that would be for more companies to hold digital assets themselves.

Merchants will be able to accept payments from crypto using Bifinity's APIs to "get their business crypto-read." Bifinity also has a partnership with a U.K. regulated crypto custodian and supports 50 cryptocurrencies and all major payment methods, including Mastercard and Visa.

FTX: FROM THE CARIBBEAN TO EUROPE

Bahamas-based spot and derivatives exchange, FTX is crossing the pond to Europe after receiving approval from the Cyprus Securities and Exchange Commission (CySEC) to offer products, including derivatives, in the European Economic Area.

The exchange also said it has now fully resumed bank transfers for account holders in Europe, except for Switzerland and the Netherlands, eight months after suspending the service following pressure from regulators. Transactions will be via the Single Euro Payment Area (SEPA) and U.K. company, Paysafe and will be extended to corporate as well as retail clients.

In what seems like perfect timing given the rally in commodities, Santander Argentina has partnered with startup Agrotoken to provide loans against stablecoins backed by agricultural commodities including soya, corn and wheat, so that they track the price of the commodities.

The idea of providing growers with access to a new credit system is laudable, but there could be a risk here, starting with the verification of the grains as well as government regulation. Argentina is no stranger to export bans and price controls in grains when prices rise and exporters focus on selling abroad rather than supplying the local population. Currently, the platform uses three blockchains, Ethereum, Polygon and Algorand and plans to expand to Brazil and Paraguay but the project is small, looking to scale to 30k tons, while the country exports 12 mn tons of grain per year.

Politicians everywhere should take note as South Korean presidential candidate Yoon Suk-yeol, of the Conservative Party, has been elected as South Korea’s next president, prompting a 60% rally in ICX, the token used to mint his signature.

Both leading candidates released NFTs for their campaigns and opposed the former President’s crypto crackdown but they are also promising protection for victims of illicit activity and the creation of crypto unicorns.

Biden’s Executive Order directs federal agencies to study the pros and cons of digital assets on the American economy and its global competitiveness and provide legislative recommendations. The text itself is high level, but it strikes a balance between asking agencies to figure out how to stay competitive in digital assets while taking “strong steps” to minimize risks. Consumer protection, financial stability/systemic risk, illicit finance/national security and financial inclusion are the key areas of interest. Less positive from a crypto perspective, the order also underscores the urgency of the agencies to study CBDCs.

DUBAI TO CREATE A VIRTUAL ASSET REGULATOR/ HUB, WITH HELP FROM BINANCE

Aiming to be a player in digital assets and diversify its economy away from real estate and tourism, Dubai announced the creation of a regulatory and licensing authority to oversee a regulatory framework for virtual assets. The Dubai Virtual Asset Regulatory Authority (VARA) will operate as an affiliated agency of the Dubai World Trade Center and will focus on compliance and disclosures of virtual asset service providers and handle the UAE’s crypto licensing regime.

A headline we don’t see often: the Cabinet of Thailand approved relaxed tax rules for Bitcoin investments with the idea to promote trading and investment. The tax relief includes a 7% value-added tax (VAT) for authorized exchanges and loss harvesting mechanisms for taxes on cryptocurrencies.

Direct and indirect investments into startup companies will also receive tax breaks for ten years if two or more years are invested into the startup.

The event of the week was the purported “rage quit” by Andre Cronje, a developer at Fantom and the creator of Yearn. finance, who had amassed a cult-like following. The Fantom ecosystem experienced steep falls across the board, so it’s no surprise that the CEO of the Fantom Foundation took to Twitter to damage control, saying Cronje and his partner, Anton Nell, were never core developers: https://fantom.foundation/blog/a-statement-from-the-fantom-foundation/

“Any involvement (such as user interface) in these projects was to be handed over to the existing teams, many of whom had been developing and running independently. For example, both Multichain and Yearn Finance have teams that have been operating for years.” The Fantom Foundation

Performance of Fantom and Fantom-based tokens on the day that the star developer, Andre Cronje, called it quits.

Year-to-date performance of FTM and select ecosystem projects, Spooky Swap, Solidex and Solidly had held up well until the Cronje resignation

Australian NFT startup Immutable has raised additional funding from investors led by Singapore’s Temasek in a round that values it at $2.5 billion. Investors in the $200-million funding round include Mirae Asset, ParaFi Capital, Declaration Partners, and Tencent. The company had raised money at a valuation of $410 million in its previous funding round in 2021..

Immutable developed “Gods Unchained”, an online game where trading is done through NFT cards, and “Guild of Guardians”, a mobile game that allows players to earn tradeable rewards. It also has a partnership with meme stock, Gamestop, to develop their NFT platform and its own Starkware zero-knowledge network (IMX), that claims to be much faster, cheaper and environmentally-friendly than Ethereum. TikTok has also chosen Immutable X to power its foray into NFTs.

The network currently supports approximately 150,000 non-fungible token transactions per day at 30% network usage. The plan is for Immutable X to support more than 200 million trades per day while consuming less than 30% of Ethereum’s capacity.

Total supply 2,000,000,000, over four years. The Immutable X token will be distributed in the following areas:

Griffin Gaming Partners, an investor in Forte and Discord, announced an oversubscribed second fund with at least $750 million committed. While the fund is earmarked for gaming in general, half of the capital invested so far has been for Web 3 gaming.

Metaverse fashion brand Space Runners has raised $10 million in a funding round co-led by Polychain and Pantera Capital and also included Jump Crypto, the chairman of Animoca Brands and the co-founder of Twitch. Space Runners launched an NBA sneaker collection with former sports stars on Solana and are expanding to Ethereum.  Metaverse Fashion Week on Decentraland happens later this month.

VC INVESTMENT IN FINTECH DECELERATES BUT CRYPTO REMAINS IN FAVOR

According to Crunchbase, in the past two weeks a total of $1.1 bn in seed to through late-stage funding was raised, a 63% decline from the previous two week period. Seed to late-stage funding to fintech companies totaled $64 billion last year. The latest data likely doesn’t include Ethereum Layer 2 start-up Starkware’s £4.5 bn valuation, as it is closing on £76 mn in financing, according to Calcalistech.

This trend is not exclusive to fintech but also overall on increased market cautiousness, with global venture funding announcements halving after the Ukraine invasion, while disclosed investments to EU companies fell even more. Having said that, VC’s are most optimistic on industries like blockchain and crypto, climate tech and cybersecurity.

Until next week! We welcome comments and suggestions. Martha @reyeshmartha