Crypto as a safe harbor? 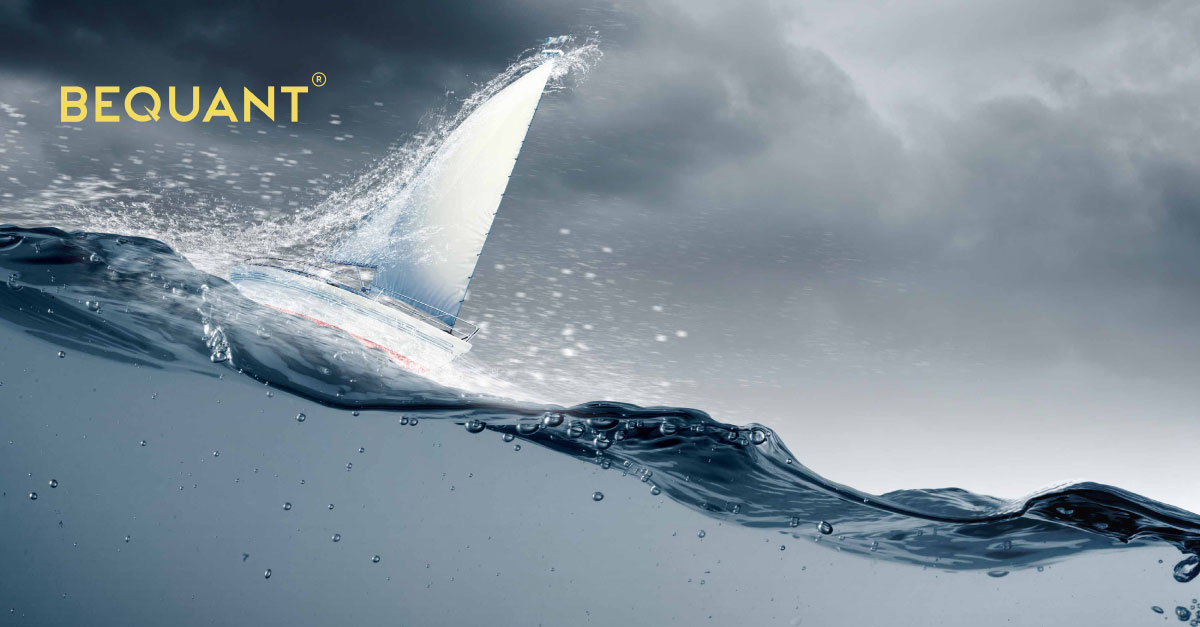 It was another forgettable week for bond holders as hawkish speak by former Central Bank doves ramped up, with the equity market and digital assets responding in kind. Earnings season starts next week and while estimates have been trending down, negative surprises will not be well-received in this environment. As Fed Governor Brainard said, food inflation is a concern for them, but this is even more so in lower-income countries. Even though BTC is not performing in line with gold as an inflation hedge, a major survey showed that higher inflation leads to more interest in crypto so if inflation persists we could get another surge into digital assets. In the U.S. payments were a big theme as Strike is integrating with major payment networks to allow the use of Bitcoin rails using the Lightning Network for instant, free payments, cutting out credit card fees and opening up the technology to merchants across the country.

There was an epic rout in the bond market as 10 yr yields rose from 2.41% to 2.68% and the markets are now pricing in 9 rate hikes. Fueling this move was Fed governor Brainard’s comments, who in the past had been one of the most dovish of governors, on the importance of bringing inflation down. Earnings season kicks off next week, with consensus at 5% YoY earnings growth, already having been cut by the Street. We will find out just how much of a slowdown the stock market has priced in.

The Fed minutes also revealed the goal to get the balance sheet down from $9 trillion, more than double the pre-pandemic level, starting in May. That is $95 bn per month in shrinkage, $60 bn in Treasures, $35 bn for MBS, twice the pace of 2017. To get back to 19% of GDP, the pre-Covid balance sheet would take four years to achieve. This poses a risk as a lot can happen in between, which is what occurred in 2019.

As ex-NY Fed Chair Dudley said, for the Fed to bring down inflation, "it’ll have to inflict more losses on stock and bond investors than it has so far...Investors should pay closer attention to what Powell has said: Financial conditions need to tighten:"

Deutsche Bank is the first major bank to mention the R-word.

Sticky inflation is a better indicator of future inflation, and it is well below flexible CPI.

According to the Cleveland Fed, sticky CPI  is a better predictor of future inflation trends because of the naturally embedded inflation expectations reflected in the series — if producers of these goods and services cannot change prices often, they will set prices with an eye toward where they believe inflation will be in the future. Of course, we can debate whether the components of the CPI accurately reflect reality today.

FOOD INFLATION HITS POORER NATIONS AND CAN LEAD TO UNREST

In her speech, Brainard discussed how low-income families are more impacted by inflation than their more affluent counterparts. The former spend 77% of their income on necessities, versus 31% for the latter. This is also the case for low-income countries versus high-income ones.

Already, nearly 283 million people in 81 countries face acute food insecurity or are at high risk, according to the World Food Program, with 45 million on the brink of famine.

The UN Food Agency had said that world food prices hit a record high in February, up 21%, led by vegetable oils and dairy products. The Food and Agriculture Organization’s (FAO) food price index tracks the most globally traded food commodities. This puts poorer populations at risk in countries that rely on imports such as Egypt, Turkey and Yemen. The FAO has said that a large part of the driver has been due to the energy crisis, as gas prices drive up fertilizer costs. This has led to production cuts and stressed countries such as Brazil, which imports over a fifth of its fertilizer from Russia. This is why South American countries successfully pleaded for fertilizers to be excluded from the sanctions.

In the past, rapidly rising food prices have led to unrest

Russia approached a potential default on its foreign currency debt on Wednesday after it was forced to make payments to holders of its dollar-denominated bonds in rubles. This Monday, in a hardening of its position, the US Treasury department blocked US banks from handling dollar payments from Russia, halting $649mn of interest and principal due on Monday. JPMorgan, the correspondent bank responsible for handling the transaction, declined to process the cash. Payments will instead be made to ruble accounts in Russia.

Investors generally consider the situation as the equivalent of a default, the first since the 1998 default on local debt, although there is still a 30-day grace period. Some of Russia’s foreign currency bonds contain terms in their small print allowing payment in rubles if they cannot be made in dollars or euros, but the dollar bond that matured on Monday and a bond maturing in 2042 that was due to pay a coupon on Monday are not among them.

Despite sanctions, EU imports of Russian gas continue unabated (Velke station is a major route via Ukraine to Slovakia).

HIGHER INFLATION = HIGHER ADOPTION OF CRYPTO ACCORDING TO A RECENT SURVEY

A recent Gemini report covering 30,000 people in 20 countries found that people in countries with inflation over 50% were five times more likely to consider investing in crypto. With inflationary pressures caused by energy prices and geopolitical conflict creating unrest, we could potentially be on the cusp of another wave of global uptake.

Crypto adoption is currently highest in Brazil and Indonesia and nearly 60% of adults in Latin America and Africa that they surveyed see crypto as the future of money, as compared to 23% in the U.S.

The report also confirmed that 2021 was a tipping point, with 40% of respondents buying their digital assets that year and 41% interested in learning more or likely to buy within the next year. 40% of those surveyed in Brazil and Indonesia said they owned cryptocurrencies, while that number was 20% in the U.S.

WILL YOU BE PAYING FOR THAT WITH BTC? ELIMINATING THE “BOOMER” NETWORK

Robinhood, Kraken, Twitter and Block are other firms that are integrating or have integrated the solution onto their platforms.

Separately, Bitcoin software firm Lightning Labs raised $70 Mn in a Series B  funding round to further develop the Lightning Network. There will be a new protocol called Taro, which will allow stablecoins to be transferred using the network, not just bitcoin.

The CEO of Lightning Labs, Elizabeth Stark, hinted that the potential is for all currencies to move through Bitcoin over the network, addressing the needs of the underbanked who have access to mobile phones, as is the case in El Salvador.

As Greenpeace launched a campaign to change Bitcoin’s code and the Securities and Exchange Commission (SEC) proposed that listed companies should disclose their greenhouse gas emissions, major miner Marathon Digital announced it is moving towards carbon neutrality by the end of 2022. The Intergovernmental Panel on Climate Change (IPCC) this week called crypto a “major global source” of carbon dioxide emissions in its latest report.

Miners were already preparing themselves for scrutiny and many are now touting their environmental credentials. Most of Marathon’s fleet is already scheduled to be deployed at renewable power facilities but the company plans to transition its legacy coal-powered Montana facility to use sustainable power sources elsewhere.

The CEO of Marathon, Fred Theil, thinks that energy producers may in future be interested in acquiring Bitcoin mining operations because they would not have to worry about acquiring the contracts required to power their plants. Studies have shown that the flexibility of mining operations can be a positive for energy grids as they can generate their own renewable energy when the grid is overloaded and use excess energy to increase cash flow.

There was a lot said this week by SEC Chairman Gensler in terms of regulation over the industry this week. The highlights:

THE UK WANTS TO MINT NFTS AND BE A CRYPTO HUB

The U.K. has been active, too, asking the Royal Mint to mint an NFT as a symbol of their commitment to a forward-looking approach when it comes to crypto. Highlighting the importance of fintech to the country, the UK’s finance ministry announced plans to prioritize stablecoin regulation and wants to be a global hub to start and scale crypto companies. Further guidelines are to be released this year, including addressing issues like the treatment of DeFi loans and staking. They will be amending the Investment Manager Exemption to remove disincentives to UK fund managers including crypto in their portfolios.

NEAR GETS BIG BACKING

Near was an exception (+28.8%) as the protocol raised US$350 mn led by hedge fund Tiger Global, less than three months after raising $150mn. Digital Currency Group CEO Barry Silbert has revealed that Near Protocol's NEAR token is the company's third-biggest holding.

In what is becoming a crowded space, their aim is to create a user-friendly platform for developers. They have just $364 mn in Total Value Locked (TVL) at the moment and plan to issue a stablecoin soon. Near wants to achieve scalability with dynamic sharding, which makes it possible for the network to continue expanding its capacity as the number of nodes continues to increase.

Near Rallies on new funding round led by Tiger Global.

Waves was down almost 45% as its algorithmic stablecoin lost its peg. For a detailed report by our analyst, Emiliano Bruno on how USDN operates, why the peg has not been restored and the allegations being hurled around by investors and founders, please  👉 CLICK HERE.

Just after Mark Zuckerberg announced that Instagram would be NFT-enabled, leading NFT marketplace OpenSea has rolled out direct card payments on its platform through MoonPay, simplifying the process of acquiring an NFT for those who don't own crypto.

Collectors will be able to pay directly via Visa, MasterCard, American Express, Apple Pay, and Google Pay directly and for a small fee for both primary and secondary trading without having to convert to crypto. It will greatly expand their potential audience, especially if they preempt competitors like Coinbase, which has teamed up with Mastercard.

This document contains information that is confidential and proprietary to Bequant Holding Limited and its affiliates and subsidiaries (the “BEQUANT Group”) and is provided in confidence to the named recipients. The information provided does not constitute investment advice, financial advice, trading advice nor any other sort of advice. None of the information on this document constitutes or should be relied on as, a suggestion, offer, or other solicitation to engage in or refrain from engaging in, any purchase, sale, or any other investment-related activity with respect to any transaction. Cryptocurrency investments are volatile and high risk in nature. Trading cryptocurrencies carries a high level of risk, and may not be suitable for all investors. No part of it may be used, circulated, quoted, or reproduced for distribution beyond the intended recipients and the agencies they represent. If you are not the intended recipient of this document, you are hereby notified that the use, circulation, quoting, or reproducing of this document is strictly prohibited and may be unlawful. This document is being made available for information purposes and shall not form the basis of any contract with the BEQUANT Group. Any transaction is subject to a contract and a contract will not exist until formal documentation has been signed and considered passed. Whilst the BEQUANT Group has taken all reasonable care to ensure that all statements of fact or opinions contained herein are true and accurate in all material respects, the BEQUANT Group does not make any representation or warranty or gives any undertaking as to the accuracy, timeliness or completeness of any such information and assumes no liability for losses arising from the use thereof.  This document may not be reproduced in whole or part, without the written permission of the BEQUANT Group.