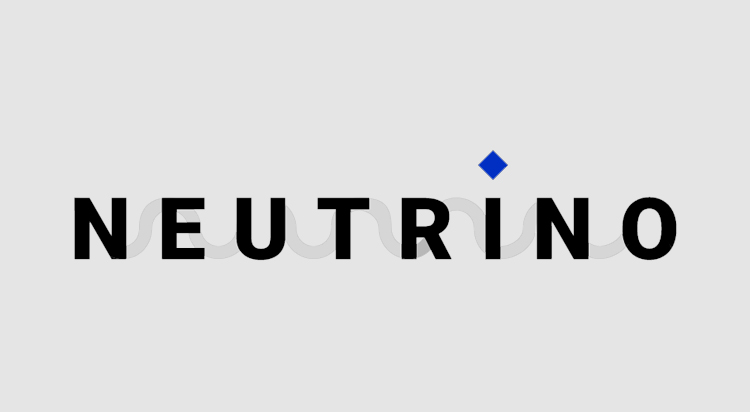 Neutrino is a protocol on the Waves Blockchain which allows users to create and issue stable-coins pegged to real world assets and currencies. The whole system is based on three core tokens, namely WAVES (The native coin of Waves Blockchain), USDN (The Neutrino algorithmic USD stable-coin), and NSBT (A token used in Neutrino for recapitalization and governance voting).

Specifically, Waves is used as the collateral for the issuance of USDN tokens, and since USDN is an algorithmic USD stable-coin, any deviation from a 1:1 peg with the US Dollar is counteracted by arbitrageurs. While the system sustainability and solvency is ensured by NSBT tokens.

maUSDN has a maximum supply of 1 trillion tokens, all already minted and locked in the Neutrino smart contract. The only way to issue them into circulation is by locking WAVES for an equivalent USD amount. Vice-versa, to withdraw USDN tokens from circulation, one has to send them back to the same smart contract in exchange for WAVES.

Moreover, Neutrino incentivizes users to stake their USDN by paying rewards generated by leveraging the LPoS consensus algorithm of Waves blockchain through leasing. In simple words, it is a mechanism through which users ‘lock’ their WAVES in favor of node operators they trust, which in turn get to validate a number of blocks proportional to the amount of WAVES leased to them. The more WAVES leased to a node operator, the more block rewards and transaction fees earned by the same node. In exchange, users get a share of the fees redistributed to them. The Neutrino Protocol leverages this mechanism, but instead of distributing WAVES, automatically exchanges them for USDN through its smart contracts to distribute as staking rewards. Furthermore, the Neutrino staking smart contract is used by Vires Finance (A Waves DeFi protocol) to boost the APY on USDN deposits.

HOW IT WORKS UNDER THE HOOD

How does USDN maintain its peg to USD? In order to maintain its peg, the Neutrino protocol employs an arbitrage scheme between WAVES, USDN, and NSBT tokens, which is monitored by the Backing Ratio (BR).

The Backing Ratio measures the health coverage of circulating USDN against the value of all  WAVES locked as reserves. Specifically, It can varies between 0 (if $WAVES = 0) and Infinity (if $WAVES → ∞). In equilibrium BR=1, which means that the USD value of WAVES reserves perfectly covers the amount of USDN in circulation. The Backing Ratio is highly influenced by  WAVES price fluctuations, and the amount of WAVES used to release NSBT tokens. Regarding NSBT tokens, these are issued by locking WAVES and specifically serve the purpose of recapitalization against potential liquidity deficits. Indicatively, when the Backing Ratio is not in equilibrium, traders and arbitrageurs can either swap WAVES and USDN to restore the peg, or WAVES and NSBT (only via the Neutrino smart contract) at a discount. In this way, a profit can be realized by arbitraging or by reselling NSBT tokens for USDC at a higher future price.

Being an algorithmic stable coin, USDN could lose its peg in case of adverse market events. Broadly speaking, the principal cases of depeg are two. One is due to USDN demand and supply imbalances, the other is the increase or decrease of WAVES reserves value locked in the Neutrino smart contract.

In this case, arbitrageurs can exchange WAVES tokens for USDN through the Smart Contract at an hardcoded rate of $X WAVES for X USDN, and then sell the acquired USDN for a profit. The selling pressure of arbitrageurs pushes back the USDN price to $1.

Arbitrageurs can buy USDN for less than a dollar each and exchange them for WAVES tokens at a hardcoded price of $1 through the Neutrino smart contract. The acquired WAVES can be sold for a total amount of USD greater than what used to buy USDN in the first place, therefore generating a profit.

Instead, the mechanism could be slightly different when the value of locked WAVES changes because of price fluctuations.

The price of WAVES goes up and the capitalization of locked WAVES (WMC) is higher than the USDN circulating supply (NMC):

Here, Waves reserves would be in surplus with the Backing Ratio above 1. In this instance, the smart contract automatically generates the corresponding USDN amount to buy NSBT liquidation orders with WAVES tokens to restore equilibrium. If there aren’t enough NSBT tokens, some surplus remains (overcollateralization).

On the other hand, the price of WAVES could fall, resulting in the capitalization of locked WAVES (WMC) being lower than the USDN circulating supply (NMC):

In this case, the Backing Ratio is below 1, meaning that USDN in circulation is not 1:1 backed.

To counteract the imbalance, the Neutrino smart contract issues an equivalent amount of NSBT tokens that are sold for WAVES through a special discount auction. The acquired WAVES are then used to restore the equilibrium, and traders who bought NSBT at a discount can liquidate them for USDN later on at a higher price, generating a profit.

Since the beginning of April, USDN started to massively depeg.

Towards the end of March, WAVES started a rally that saw the price aggressively climbing from around $30 to around $60 in just a few days.

At the same time, the supply of USDN in circulation kept aggressively growing reaching an all time high of almost 1.1 billion as of today. But, while USDN supply was climbing higher and higher, WAVES price declined quite dramatically in a matter of days, probably leaving the current supply of USDN uncovered in dollar terms. At this point, under insurmountable selling pressure, USDN depegged and its price collapsed.

As described earlier, there are mechanisms in place to restore the peg by giving arbitrageurs and traders alike the incentive to do so. But, despite the incentives, USDN fell apart and tanked. The reason is that Neutrino governance has introduced limits to the amount of tokens that can be swapped through its smart contracts and therefore limits on the amount of arbitrage that can be executed in a given timeframe. Specifically, to perform swaps using the Neutrino smart contract, traders have to lock NSBT tokens and there is a limit on the amount of USDN that can be swapped on a daily basis. The following table offers a detailed breakdown.

Moreover, since the supply of NSBT tokens is very low, around 2.5 million tokens, arbitrage has become incredibly hard to perform. That’s probably why the price of USDN kept going down.

Some Twitter users, such as 0xHamZ, DeFiac, and light have accused WAVES of having perpetrated one of the biggest frauds in crypto. The Twitter accounts claimed that WAVES has been artificially pumped by borrowed USDC and USDT on Vires Finance, against collateralized USDN tokens, in order to keep APYs high enough to attract new capitals. In fact, USDN APYs are linked to WAVES price through the staking mechanism described above.

In another tweet, Sasha Ivanov (Waves Founder), claimed that Alameda Research was behind WAVE's price drop and USDN depeg in order to profit from it. In another tweet, Sam Bankman-Fried responded to the accusations as ‘baseless conspiracy theory’.

Furthermore, interesting observations can be done by looking at Vires Finance markets.

APRs on deposits and borrowings went through the roof, and what’s more interesting to notice is that USDC and USDT pools are completely saturated with all the liquidity being borrowed.

How is it possible without triggering a cascade of liquidations?

Vires Finance oracles use the Neutrino smart contract USDN price to calculate the health factor of debt positions, which is hard-coded to $1 instead of the price formed on the open market. This allows to push the risk boundaries even in the case of a depeg event. In fact, at the time of writing, the price of USDN is still under $1, but as can be seen from the following screenshot, for Vires Finance the price is exactly $1.

This means that anyone who deposited USDN as collateral and borrowed USDC and USDT against it, would have eluded the safety measures applied by DeFi protocols to keep borrowed positions solvent. Moreover, it would also explain why USDC and USDT pools are completely saturated since USDN could have been acquired for less than $1, but valued $1 on Vires Finance. It would partly explain the accusations made by some twitter users against the Waves founder.

CONCERNS FOR OTHER ALGORITHMIC STABLECOINS

After the Waves saga, some crypto-natives have started questioning the sustainability of algorithmic stable coins, also drawing comparisons between Waves and Terra blockchains. With further integrations and interconnectedness of DeFi protocols, the risk of black swan events leading to liquidity crises spreading across DeFi protocols becomes more concrete than ever. This should alert even the most degen DeFi traders in the space to do deep proper research before getting sucked into highly lucrative yields.