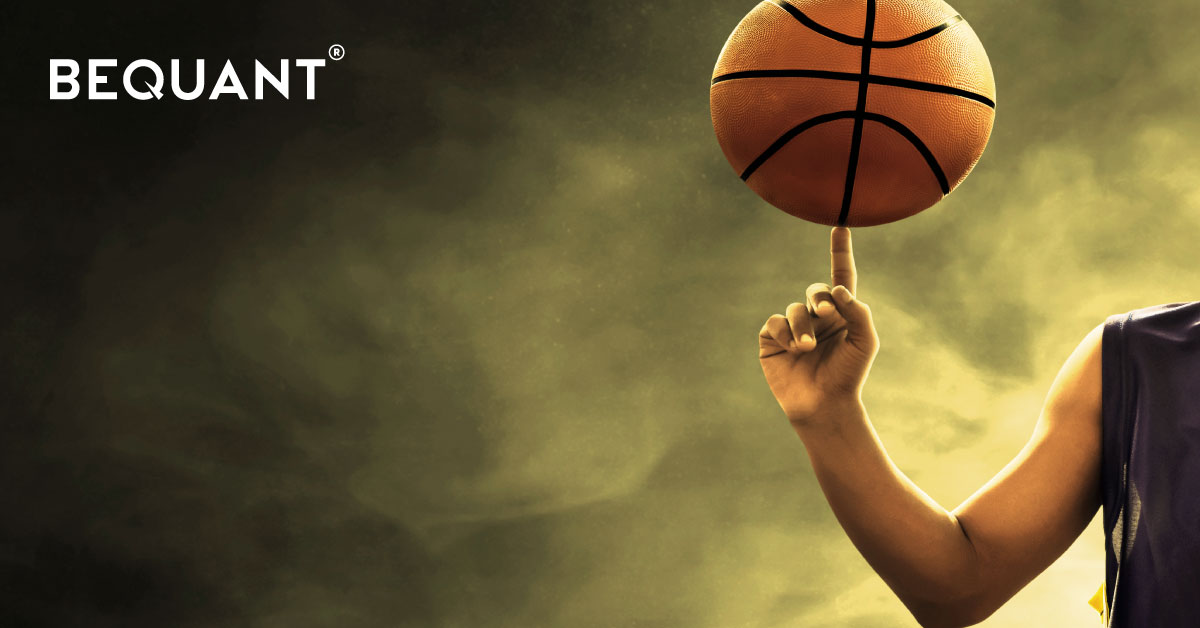 It seems the only one pivoting recently is Elon Musk, twisting and turning on the acquisition of Twitter, despite market hopes to kick off the week. Since then, Fed speakers backed their tightening strategy, OPEC+ announced oil cuts, the Q3 GDP Nowcast was strong and the September jobs data was good. In crypto, traders were not so bold in placing bets on a pivot. Polygon stood out in terms of performance and we look at the drivers behind the Ethereum scaling solution’s success. The week was bookmarked with a massive hack on a Binance Smart Chain bridge that caused over $100 mn in losses but also with the positive news that a European regulatory framework for crypto assets and providers finally passed. 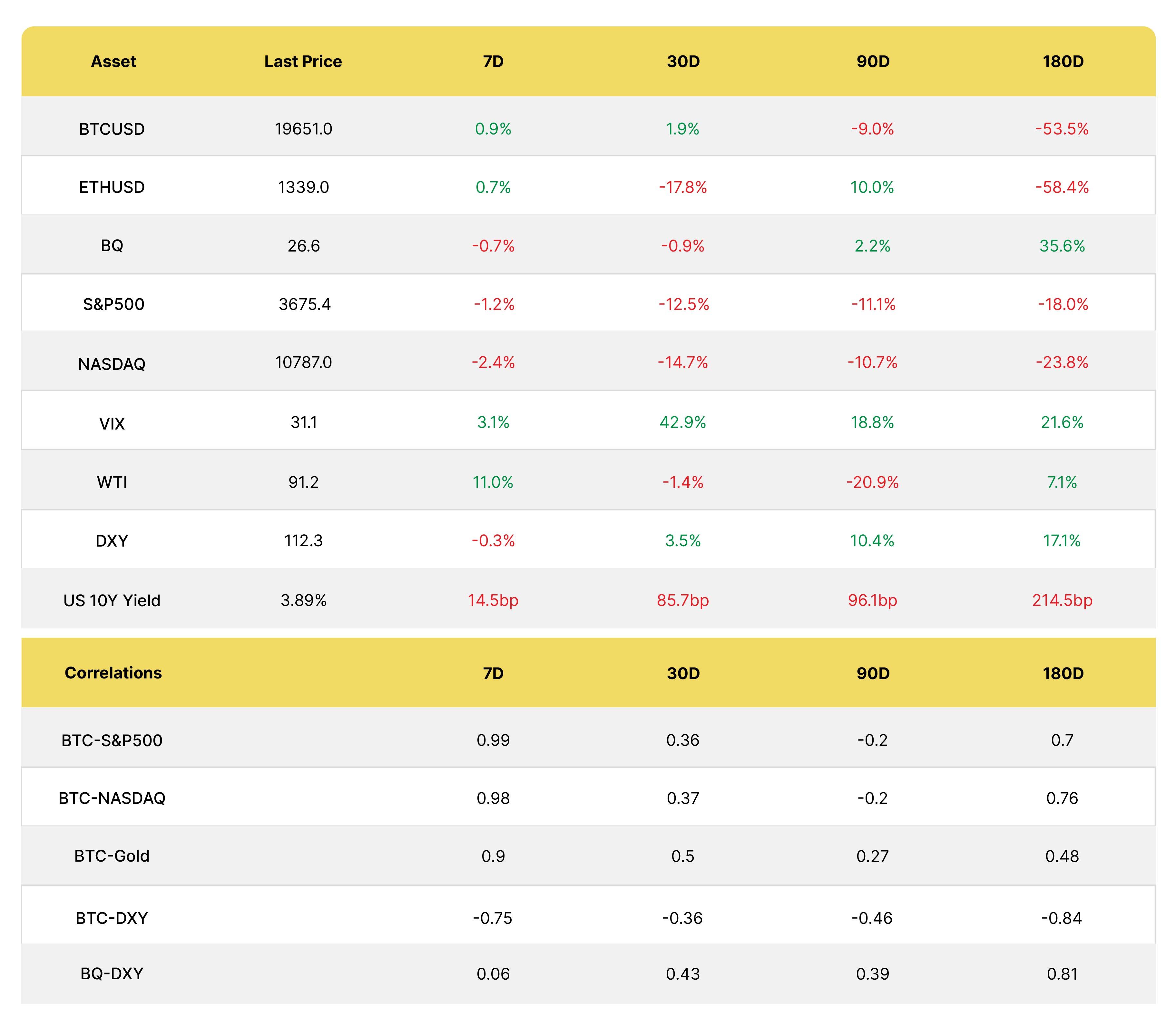 Another month, another 75 bps hike on the cards for the Fed as indicated by the futures market with rates resuming their upward march, marking 10 weeks of rises. Earlier this week there was a brief bout of optimism due to a British pivot on some tax cuts and a more dovish stance by Australian central bankers. Both chose to let their currencies go rather than risk financial stability, but yields are rising again.

The third and last of the new Fed governors appointed by Biden came out this week to endorse the agency’s policy of rapid tightening as inflation has been slower to fall than anticipated. Lisa Cook argued essentially that their inflation models can’t be trusted. Another member rammed home the same message last week:

The news was largely priced in by the oil market, which has exhibited high volatility, and caused howls of protest by the White House. Gasoline prices at the pump in the US have been rising over the last two weeks and aren't great for the administration ahead of elections in mid-November. The move may make it trickier to implement a cap on the price of Russian crude proposed by the G7.

CREDIT SUISSE: WHAT’S IN A NAME?

Credit Suisse 1-year CDS , offering protection against default risk, was up again after last weekend, when shorters were out in force on Twitter heralding the troubled bank’s potential demise, which appears premature given the implicit backing of the Swiss government, Tier 1 capital ratio of 13.1% and 191% liquidity coverage. However, it does make their debt more expensive to refinance and restructuring costs will be important for the capital ratio.

In general CDS spreads have been rising, in particular junk bonds. Nevertheless, the investment bank is in need of restructuring and it is exploring fire sales and an outside investor for a spinoff of the division, as well as a rebranding to First Boston as the bulk of the business, would be in the US.

Shares rose in trading on Friday as the bank bought back $3 bn in bonds but the stock continues to be vulnerable and banks ultimately are only as good as the confidence embedded in them. CS does not have a stellar track record in terms of risk management.

Credit Suisse’s 1-yr CDS catapulted to new highs this week, with UBS also caught in the crosshairs as investors speculated on a tie-up

ELON’S PIVOTS: BUYING AT THE TOP?

While many are on tenterhooks praying for a Fed pivot, in the vein of the Australian central bank, the CEO of Tesla, Elon Musk, has pivoted several times on a Twitter acquisition.

The outlook was rosier when Musk announced his intention to buy the social media giant for $43 billion last April ($54.20 ps), after accumulating a 9% stake. The hostile board eventually consented and Tesla’s share price weakened on the potential overhang and management distraction.

Then, in July, Musk pivoted, claiming Twitter had not cracked down on spambot accounts. Twitter promptly filed a lawsuit and a trial was due to start this month. Last week, Musk made another volte-face, saying he would go ahead with the deal at the original price in order to create an “everything app”. He has until October 28th to agree on a deal or the trial goes ahead.

Musk’s team says the deal is contingent on $13bn in debt to be provided by major banks, which in these markets may not be a profitable proposition given lower demand. Over $30 bn needs to be raised on top of that. Coupled with disappointing Q3 deliveries, macro uncertainty and a nosebleed P/E of 55x 2022, Tesla shares continued their descent. Even so, short sellers have abandoned the stock as short interest is only at 1.1 days.

Tesla is down 40% from its highs but still trades on 55x 2022 P/E, with a potential Twitter deal and disappointing deliveries weighing on shares even more

The ecosystem ended in slightly positive territory, behind the S&P and Nasdaq (as of Friday morning GMT), which got a boost from a large options buyer mid-week, according to Wells Fargo. Polygon (MATIC), the blockchain that scales Ethereum, and DEX Uniswap (UNI) were at the top of the leaderboard.

Some crypto traders bought into the pivot story at the start of the week, but with less courage than in the past. BTC and ETH futures open interest increased in both coin and USD terms and funding rates turned positive. 70% of that is stablecoin-margined so with less negative reflexivity in a down market. Stablecoins have been gaining share since May of 2021. BTC futures open interest rose from 632k on Oct. 2 to 703k on Oct 7, and ETH from 5.32 mn to 5.62 mn. This was not the case in the options market, which experienced a drop in both dollar and coin terms, in particular ETH, post-Merge.

BSC BRIDGE HACK: THE BENEFITS OF BEING CENTRALIZED?

The week rounded off with news of a major $560 mn hack on the Binance Chain (BSC) Token hub bridge that drowned out other events and highlighted that bridges can still be treacherous places.  The hacker was able to obtain 2mn BNB coins, deposited on the Venus protocol and borrowed stablecoins worth $110mn which were bridged to other blockchains including Fantom, Polygon and Ethereum.

Given the centralized nature of BSC, the chain temporarily suspended deposits and withdrawals so that the attacker could not get at the remaining funds. The token initially fell 5% with high volumes before pairing the loss. Solana and BSC have had the highest hit rate with hacks in 2022 so far.

BSC suspended deposits and withdrawals after a $560 mn hack, causing the token to drop 5% on the news

Portrait of a hacker’s diversified portfolio

MATIC: A CHAIN FOR DEVS BY DEVS

The first has outperformed BTC, ETH and DeFi in the last year, benefiting from the successful Merge, including a PoS chain and supporting many Layer 2 solutions such as Optimistic roll-ups for developers to build low-cost, secure dApps. Over 19k dApps have used MATIC to scale and the chain has announced important partnerships this year including Instagram NFTs, global USDC payouts for creators with Stripe and Twitter, and a Robinhood standalone self-custody cryptocurrency wallet.

The token itself (10 bn supply) is used for paying gas fees and rewarding validators. 9.7 bn are in circulation and the rest unlock over 4 years as staking rewards. Founders (16%) and the foundation (22%) could eventually represent an overhang.

You can calculate staking rewards here, which vary depending on the amount of MATIC staked (currently 32%, with the target at 30%). The APR will fall as more coins are staked.

Polygon unique addresses, at almost 174 mn, have been steadily rising, with the highest jump on Sept 23, at 2.5mn

MICA: A FRAMEWORK FOR THE SECTOR IN EUROPE IS APPROVED

This week, the European Council approved the MiCA, Markets in Crypto Assets legislation, which goes to the European Parliament for a vote next October 12. The supranational framework, the first of its kind for crypto defines crypto assets and covers the offering and marketing of cryptocurrencies, stablecoins and e-money tokens, licensing, market abuse and environmental reporting.

Issuers of coins will be required to publish whitepapers with technical roadmaps and exchanges will need to register with local authorities and conduct identity checks. The European Banking Authority and Securities and Market Authority were granted a lot of control and have a year to provide detailed guidance, with parties expected to comply by Q324, and earlier for stablecoins.

Stablecoin issuers which will have to hold capital and be prudently managed and there were restrictions imposed on non-euro stablecoins despite efforts to remove that clause. NFTs are not included in this bill.

Some of the regulator concerns cited include operational failures, hacks, price manipulation, manipulation of consensus mechanisms, consumer abuse and network congestion. The move is leading some to speculate that Europe could leapfrog the US in becoming a Web3 leader with the new legislation.