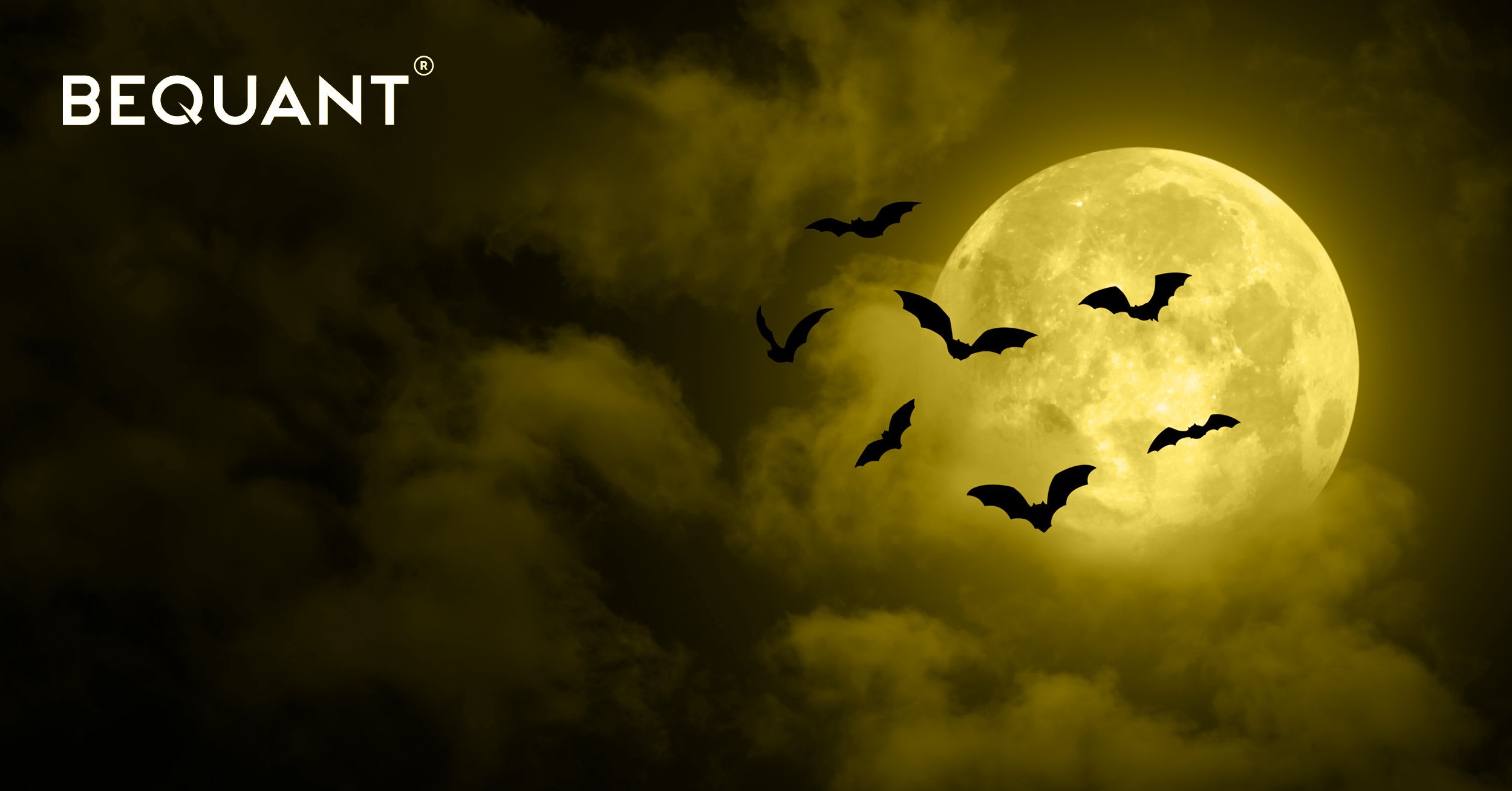 Soft economic data and worsening earnings and outlook from tech names spooked the markets towards the latter part of the week. The writing has been on the wall for a while yet analysts still had overwhelming buys on everyone’s favorite tech names. Time was also up on  BTC miners who overleveraged in the bull market, with the largest listed miner declaring it won’t make upcoming payments. Cryptocurrencies managed to stay in the green, causing the largest short liquidations in the last 15 months. 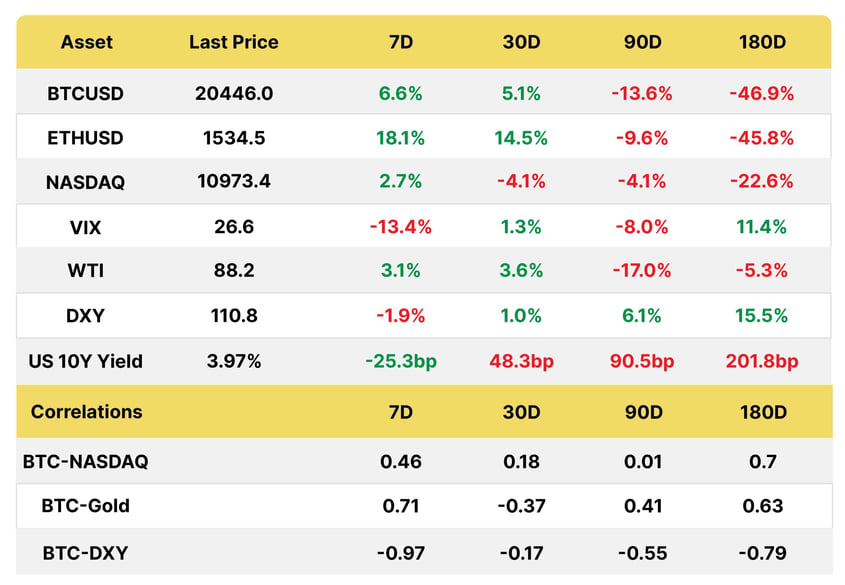 A downpour of worse-than-expected economic data coupled with FX interventions in Asia brought the dollar back to levels seen last month and released pressure on yields. GDP data, however, was better than expected, keeping consensus comfortably at a 75 bps hike next week and a slowdown to 50 bps in December.

In Q3, government spending picked up due to wage hikes and defense spend, residential investment dropped and consumption was driven by services

In Europe, the ECB tightened as expected for a second time in a row by 75 bps to 1.5%, leaving the door open for more hikes but dropping the “for several meetings” reference due to growth concerns. Headline inflation in the Euro-area was 9.9% in September and core 4.8%, well above the 2% target despite weak PMIs (47.1 vs 47.6 expected).

The US PMI at 47.3 was wide of the 49.2 mark. Both the Europe and US business surveys have been in contraction territory since July. In the US, the services sector was the worst number due to weak client demand and the impact of inflation and rates. Something to monitor given services is what held up consumer spending in Q3.

Another red flag was the sharp drop in new export orders due to lower growth abroad, while employment was down for the first time since June 2020. Business confidence fell to the weakest level since September 2020, as higher operating costs and customer hesitancy weighed on optimism.

The weak service PMI pulled down the composite index, while new export orders are a bad omen

Housing, where a quarter of US wealth is tied up, continues to soften, as indicated by the S&P Case-Schiller index, a measure of prices in 20 large American cities, which dropped for a second month in August sequentially by -1.2% versus -0.8% expected. This is the steepest decline since March 2009 but YoY price appreciation is still in the high teens..

House prices in major American cities fell by more than expected in August, though the index itself remains at lofty levels

New home sales for September were released later in the week down 11% MoM to 602k. These had been on a descending path even before rate hikes given affordability issues but can also be volatile.

A barometer of the economy: September US One Family Units Sold (SAAR annual rate) fell again

Also a measure of the strength of the economy, the Conference Board consumer confidence index dipped this month to 102.5 versus 105.9 expected after two consecutive months of gains. The reversion was due to higher prices impacting sentiment and expectations of lower employment. Consumers are starting to pull back on spending as they fear a recession (expectations below 80), with the Conference Board seeing a 96% chance of a recession in Q4.

Confidence, which encompasses attitudes, buying intentions, plans and expectations, is worth watching as when the economy goes into a recession, it generally falls sharply and often peaks before the economy enters a recession.

Disappointing tech earnings and guidance dragged down the Nasdaq, with Q4 setting up to be a challenge. These are mega companies with market leadership and strong brands so analysts have been slow to downgrade their numbers but ad sales, cloud computing and e-commerce are demonstrating their cyclicality. Hiring and investment continue apace, meaning margins will compress.

Many of the names reporting this week still had over 90% of analysts rating them a Buy and are likely to be core holdings in many portfolios. The tech titans are not only experiencing a hit to growth, they are also testing investors’ mettle with hiring sprees and investments.

As was the case with Snapchat, slowing ad sales impacted Alphabet’s top line, with sales up 3% YoY, a deceleration from +22% in Q1 and +12% in Q2. Operating income fell 19% as they added a net 10k employees, meaning margins slumped from 30% to 25%. Net income missed by 17%. Search ad weakness was related to mortgages, lending and crypto.

Microsoft beat expectations but warned of a steep decline in PC sales and the dollar’s strength that would continue to weigh on growth, as is the case for a third of the index. Management also gave a downbeat forecast for cloud computing, which accounts for half of the revenue and is a gauge of corporate health.

Meta missed spectacularly, with the top line turning negative as users flock to TikTok and ad revenues drop. Zuckerberg asked for patience with the continued focus on the Metaverse, meaning increased investment and expenses, as shares dropped back to 2016 levels.

Amazon’s report spooked markets with gloomy guidance for the all-important fourth quarter, estimating revenue of $140-148bn, while analysts had penciled in $155 bn, and operating income of 0-$4bn. It remains FCF negative.

Apple showed more resilience, beating estimates but iPhone sales and services were light and management warned of a weaker Q4. Shares have outperformed the index so far this year.

We didn’t see it coming so soon but for the crypto industry, the news that the House of Commons voted in favor of bringing crypto assets under the banner of regulated financial services was almost as important as the appointment of Rishi Sunak as Prime Minister.

The bill came soon after the head of the Crypto working group, MP Lisa Cameron, called for clarity. It will allow the Treasury and FCA to enforce regulation and will become law once approved by the House of Lords.

The proposal was an amendment to the bill from the Treasury Minister that would regulate stablecoins as payment forms under the Financial Services and Markets Act of 2000, which was proposed by the crypto-friendly PM when he was Chancellor of the Exchequer.

Sunak has championed the UK as a crypto hub and also wants to launch a CBDC, which some in the industry do not view favorably given the ability of authorities to monitor activity with an official digital currency.

The above bill defines “cryptoasset” broadly as “any cryptographically secured digital representation of value or contractual rights that— (a) can be transferred, stored or traded electronically, and (b) that uses technology supporting the recording or storage of data (which may include distributed ledger technology).””;

The brief rally in risk assets this week, with BTC and ETH bouncing to mid-September Merge levels, caused the largest liquidations in the crypto space since July 2021, as open interest remains stubbornly high.  Despite the brief rally, BTC volatility at 25% barely budged off its multi-year lows.

Altcoins and lower-quality coins (Doge being a case in point) rallied harder.

In the face of the bear market, Reddit NFTs took off in a big way, driving positive performance for the Polygon blockchain and proving digital collectibles focused on community can still be popular.

Redditt users opened 3 million wallets (Reddit calls them vaults) since the marketplace started in July in order to receive free avatars. Reddit NFT collection Spooky Season was even in the top ten on OpenSea earlier in the week and incredibly, Reddit’s marketplace now has more users than OpenSea. It remains to be seen whether the buying will prove profitable over the long run.

The Spooky Season collection has been the greatest Reddit hit

Football organization Premier League reportedly may sign a deal with Sorare for digital collectible NFTs in a multi year $35 mn contract. Sorare is a digital platform best known for partnering with other sports organizations such as the NBA and recently raised $680 mn with a $4bn valuation.

ANOTHER MINER UNDER PRESSURE, BUT THEY’VE ALREADY DUMPED THEIR BTC

There has been concern hovering over BTC miners for a few months now, as hash rates continue to increase to new levels and revenue has halved from its peak, with companies struggling due to high energy prices and debt taken on for expansion plans.

Argo had to receive additional equity funding last month to keep the lights on and this week, Core Scientific, the largest listed miner by a mile, warned it would be unable to make imminent payments.

Ironically, now defunct CeFi lender Celsius had announced an investment of $54 mn in US-listed Core Scientific, one of the largest BTC miners in the world in 2021. The investment was part of a $200 mn budget in mining by Celsius Mining.

But that relationship was in a different place when Celsius Mining, the mining arm of the bankrupt crypto lender, filed a motion against its hosting provider Core Scientific for not deploying their mining machines on time and passing on additional power charges. Meanwhile, CORZ says Celsius owes it over $5mn which it intends to pursue litigiously.

All this is an aside to the main show, which is that Core Scientific overextended itself in the bull market, making ambitious expansion plans and taking on debt only to see BTC prices plummet and costs rise as it was boosting production.

Major bitcoin miner, Core Scientific, said it may undergo bankruptcy proceedings and plunged 78% on the day