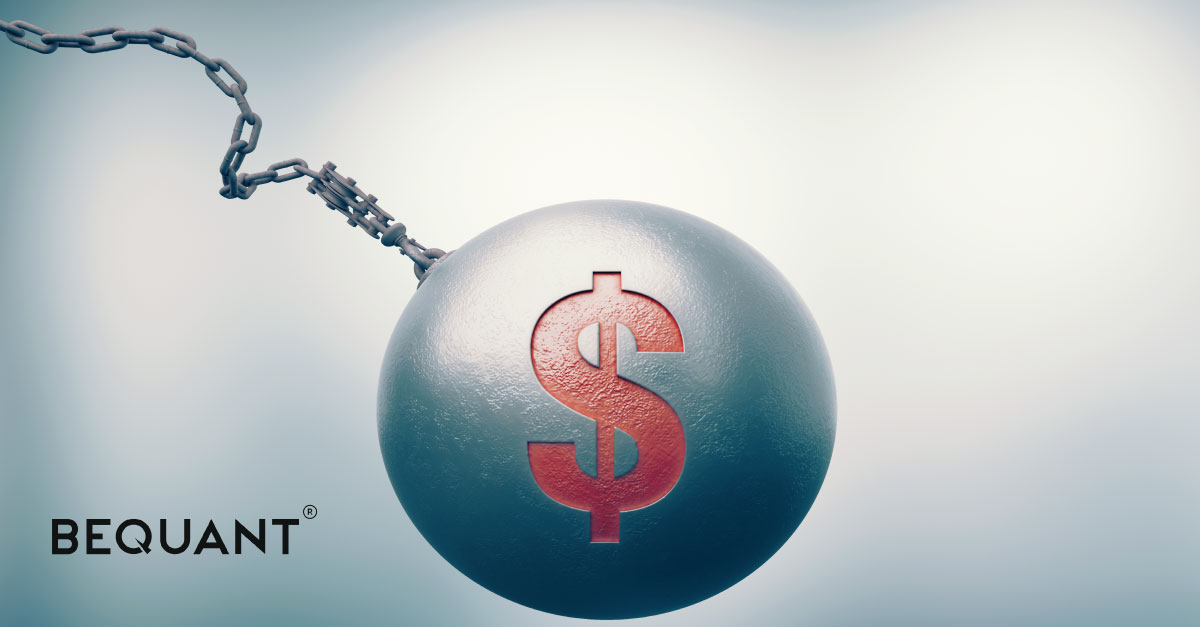 Oil was the latest flashing red signal on recession, but chair Powell isn’t one for turning, he’ll hike. Everyone is now attentive to jobless claims, with the labor shortage remaining high. We are already seeing the cracks in emerging markets, where people are seeking safety in crypto. Argentina is the Celsius of tradfi, overleveraged, with insufficient reserves, and an inability to withdraw funds. BTC correlations to the S&P and Nasdaq have decoupled for now, as volatility has eased, but the big moves in the dollar, rates and high yield don’t reassure us that it will last.

As the relationship between short-term rates and economic growth has broken down due to Central Bank intervention, financial institutions have come up with their own measures of economic tightening which include the US dollar, corporate bond spreads, equity market levels and interest rates across maturities.

When the Fed raises short-term rates, they seek to control inflation, and tighter financial conditions are the means to the end as the short rate, by itself, does not influence the economy. Moreover, a change in rates does not always have the same impact on growth, which is why it is so important to monitor how these factors behave.

We can safely say conditions have continued to tighten and the contraction in credit creation is steep due to the fiscal drag and weak refinancing. The move in the DXY, the average exchange rate between the USD and major international currencies, so far this month is almost 2% as investors increasingly price in another 75 bps in the month of July (90% probability, followed by another 50-75bps. The Cleveland Fed’s Inflation Nowcast estimates that inflation will come in at 8.7% in June and 8.6% in July.

On the longer end of the curve, ten-year Treasuries have fallen dramatically from their peak of over 3.4% in mid-June to under 3% today, as the market increasingly factors in a higher probability of recession with a hawkish Fed focused on inflation-targeting.

Looking to 2023, however, investors are expecting an aggressive cutting cycle of nearly 100 bps

The Goldman Sachs US Financial Conditions Index jumped in June

The US High Yield Index Options-Adjusted Spread continues to tick up, making it harder for lower-quality corporates to refinance

Europe also moved closer to confirming its gloomy outlook as PMIs for the biggest EU economies warned of slowing growth in the service sector. Just before that the vice president of the ECB, de Guindos, said that tourism during the summer season would provide growth for European economies; however, record-high inflation and economic uncertainty resulted in the steepest drop in business expectations since October 2020, when the second wave of COVID-19 hit.

The slowing down in the service sector coincided with the first trade balance deficit since 1991 for Germany, the powerhouse of Europe. The hit on the region’s internal and external demand means that ECB is unlikely to “talk up” the markets with its hawkish tone of a potential 50 bps hike in September. As a result, the bond market started to reduce future rate hike expectations by the ECB and EURUSD spot hit a 20-year low.

All EM markets posted negative performance last month, with Latin America the worst (-17%), EEMEA (-11%) and Asia (-6%) and earnings revisions also negative as commodities took a plunge on recession fears. Only China bucked the trend. Outflows from EM funds were once again $2.5bn in the month of June, the same level as in May, according to JP Morgan.

BTC was up +11% for the week at the time of writing, with ETH up 17%, while the S&P rose 2% and the Nasdaq +4% on light 4th of July volumes. Avalanche (+19%), Polygon (+21.7%) and Cosmos (+23.1%). Avalanche, one of the Ethereum alts, benefited from whale accumulation as it rolled out its Core app, a browser extension that will act as a Web3 command center for users to manage their assets. Core represents Avalanche’s effort to provide an easier user experience. Cosmos is still basking in the glow of dydx exchange’s migration to its ecosystem.

As equity market volatility has eased, for now, crypto has not been trading in tandem with American markets, but given the strong moves in rates, USD and high yield spreads the VIX may spike again.

BTC correlations to S&P and Nasdaq dropped significantly of late, as the VX eased below 30

One of the top ten countries in terms of crypto adoption, Argentina saw a spike in the price of USDT to 257 (+6.6%) over the weekend on the surprise resignation of the finance minister, ahead of debt talks with the Paris Club.

Argentina already allows people to get paid up to 20% of their salary in crypto though they are not allowed to save in USD in a country with over 60% inflation. Two of the country’s top banks recently enabled customers to purchase digital currencies through their bank accounts.

Given Argentina’s economic woes it's likely that the currency will continue to weaken and crypto will increase in popularity. The Paris Club wants Argentina to comply with the politically painful requirements of its unwieldy $44 bn IMF loan in order to renegotiate a further $2bn with them and avoid default. But the situation is worsening as the country saw its currency fall to an all-time low against the dollar (-20% YTD) and truckers staged protests amid diesel fuel shortages. The incoming finance minister is left-leaning, and investors aren’t holding their breath on the country’s course of action.

The Argentine peso has weakened against the USD and USDT, driving locals into crypto

Voyager estimated that it had more than 100,000 creditors and somewhere between $1bn and $10bn in assets, and liabilities worth the same value. Not even Alameda Research’s unsecured loan was enough to save it after it made a +$650 mn unsecured loan crypto megafund 3AC, which was ordered to liquidate by a British Virgin Islands court.

Voyager Digital shares, listed in Toronto, are down 98%

Failed platform, Celsius Network reclaimed $440 million of collateral in wrapped bitcoin (WBTC) after it fully paid off a loan on Maker. CEL, the native token of the Celsius platform, rose 10% after the news, but it is down 81% since the start of the year. The 24,463 WBTC was deposited at FTX, causing some speculation around selling pressure.

Despite all of the bad news, a surprising data point was the largest outflow from exchanges on record at over 150k BTC monthly change, which is usually a positive signal for the price action. The inverse happens when BTC flows onto exchanges to be sold, as we saw in the spring of 2021 and during the Terra/Luna run in May. Are investors deciding that self-custody is the best strategy or is something else at play?

A bullish sign? Record net outflows of BTC from exchanges

In May, many listed miners reduced their bitcoin stashes after a long period of accumulation as prices fell 70% and margins came under pressure, compounded by higher energy prices. Revenue per terahash is declining, and it will be important to watch what lenders have the most exposure to overleveraged miners. Some are also selling ASICS and revising their hashrate projections.

Last month, both Riot and CleanSpark divested over 300 BTC each while Core Scientific sold 7.2k, 80% of its position to purchase machines and repay debt, and Bitfarms sold 3k, as per Bitcoin Magazine. This leaves listed miner holdings at 19.5k down from 46.6k in May, levels not seen since the fall of 2021.

This document contains information that is confidential and proprietary to Bequant Holding Limited and its affiliates and subsidiaries (the “BEQUANT Group”) and is provided in confidence to the named recipients. The information provided does not constitute investment advice, financial advice, trading advice or any other sort of advice. None of the information on this document constitutes or should be relied on as, a suggestion, offer, or other solicitation to engage in or refrain from engaging in, any purchase, sale, or any other investment-related activity with respect to any transaction. Cryptocurrency investments are volatile and high risk in nature. Trading cryptocurrencies carries a high level of risk, and may not be suitable for all investors. No part of it may be used, circulated, quoted, or reproduced for distribution beyond the intended recipients and the agencies they represent. If you are not the intended recipient of this document, you are hereby notified that the use, circulation, quoting, or reproducing of this document is strictly prohibited and may be unlawful. This document is being made available for information purposes and shall not form the basis of any contract with the BEQUANT Group. Any transaction is subject to a contract and a contract will not exist until formal documentation has been signed and considered passed. Whilst the BEQUANT Group has taken all reasonable care to ensure that all statements of fact or opinions contained herein are true and accurate in all material respects, the BEQUANT Group