The wheels are falling off 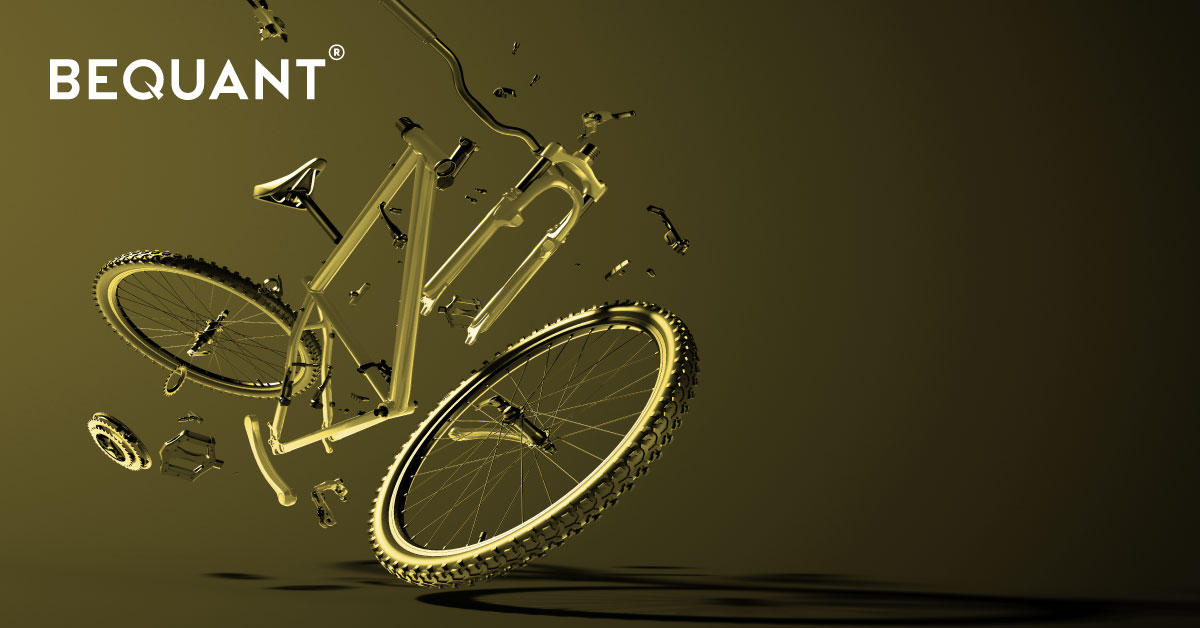 I never thought I’d see the day when the currency in my home country outpaced that of my adopted one, but developed market currency volatility has surpassed that of developing nations.

In the case of Mexico, the Central Bank has been raising rates since the summer of 2021 and they are now sitting at 9.25%, just over current inflation, with prices not expected to return to target until 1Q24. A restrained fiscal stance and a debt to GDP below 50% do wonders. The price is lack of growth momentum. Even so, the currency may still falter given its outperformance so far.

Crypto has also been outperforming slightly after the spring selloff and helped by The Merge., but it doesn’t mean it will stick. For now, the action has moved on from crypto to tradfi as the wheels come off, with UK pension funds as the first line of defense. Risk models work, until they don’t, when the moves are so fast and furious, they were not even factored in.

Leverage, derivatives and death spirals are not exclusive to algorithmic stablecoins and crypto traders seeking to juice up their returns and it has been the cause of many blowups in previous crises. The difference is that conventional institutions get a bailout.

Even though he is staying away from all assets, for now, famed investor Stanley Druckenmiller thinks that cryptocurrencies could have a big role in a renaissance because people just aren’t going to trust the central banks.

Trust in central bankers is something that was lost in many emerging markets that rely on external capital a long time ago, and those that are more orthodox march in lockstep with a tightening Fed to avoid a run on their currencies.

European nations, faced with a balance of payment shock, are learning that lesson now. The market will punish the weakest links. Countries like the UK, with a massive current account deficit in part due to years of persistent fiscal deficits, where national spending exceeds income which has to be funded from abroad, can ill afford to pursue heterodox experiments.

The new UK government was tone deaf and couldn’t have had worse timing when it unveiled its tax cuts and energy subsidies. They even left the door open for more largesse. The Bank of England was not judged by investors to have hiked sufficiently to counteract the Treasury.  The imminent start to quantitative tightening and anticipation of a higher supply of bonds pushed rates upwards, leading to a “death spiral” as pension funds were forced to sell to meet margin calls.

Crisis of confidence: The great British pound isn’t so great

Panic ensued when 30-year gilts shot up to over 5% (a +6 sigma move), with the BOE intervening through outright purchases and delaying the beginning of QT. Gilts fell back to 3.9% but the size of the purchase (a maximum of $60 bn and $5 bn per day) and its temporary nature mean pressure will likely ensue again.

It was widely reported that the panic button was pressed because several defined benefit pension funds were on the verge of collapse from derivatives hedges. When the trades went against them, they were forced to sell gilts to raise cash quickly for margin calls, exacerbating the sell-off. There is roughly $1.6 trillion in these liability-driven investments, triple what they were ten years ago.

This is also an issue in Europe, where Germany just announced a $200 bn relief program against higher energy prices, as inflation in the Eurozone just hit double digits. LDIs are a lot less important in the US, where they are about $1.8 trillion in assets.

There will be a strain on a mortgage market where 1.5 million loans need to be refinanced over the next year and rates were at 1.1% in January.  In the US, the leading measure of single home prices, the Case-Schiller index, posted average prices falling the most in a decade (-0.44%), though prices are still much higher on a yearly basis, as 30-year mortgage rates are over 7%. And this was for July, imagine the September data.

Ultimately, the release valve will be rates and the currency. A recession in the UK would lead to collapsing imports and a necessary narrowing of the deficit and stabilization of prices.

The UK intervention follows the Japanese maneuver to stem the fall in the yen and the South Korean government calling for a ban on short-selling. The UK government has considerably less firepower. The bond-buying program ends on October 15. What happens after that is that the market will test them again.

China has also been introducing measures to stem the decline in the yuan, asking banks to be prepared to sell dollars as the currency broke through 7 this week, down over 10% YTD, and requiring higher reserves to bet against the yuan in the derivatives market.

Implied currency volatility, which measures the cost of buying options to protect against FX moves, had been low last year and pre-pandemic as central banks kept a lid on rates. As rates rise, volatility has been picking up.

BTC/GBP volumes spiked on the day the pound crashed as traders took advantage of the volatility and price differential with other currency pairs but overall volumes at under $100mn are still small.

Along with bonds and equities, currency volatility is at its highest since 2020, with developed market vol > emerging markets

We got official confirmation this week that the US economy fell -0.6% last quarter.

While the wheels may be coming off the markets, Porsche kicked off as the biggest European IPO since Glencore in 2011, priced at the high end of the range, trading flat at a market cap of $75 bn. In this market, it was a result but hardly a stellar start. Generally, investors don’t get their full allocation in a hot deal and chase the shares higher on the debut.

VW owns 75% of the company and successfully unlocked value despite a less-than-ideal ownership structure in which only non-voting shares were sold and the Porsche family regained a stake in the asset. VW raised over $9bn with half the proceeds to be used for dividend distribution.

Porsche also outlined an aggressive plan for 80% of their production to consist of electric vehicles by 2030. Last year they reached a record 300k cars and their largest market is China.

BTC (-0.2%) and ETH (+0.9%) were both in the green this week, diverging in the short term and over the past 90 days, from the larger market mayhem. There have been calls that this is the point where crypto decouples from tradfi and investors in developed economies jump from the sinking fiat ship, but this is unlikely. Distrust in the current monetary system does bode well for the longer-term adoption as pointed out by Druckenmiller this week.

Ripple (XRP) rallied another 11% on Thursday on further developments in the case against the blockchain that were seen as favorable. A New York judge ordered the SEC to hand over internal documents related to a speech from the former commissioner in 2018. In the speech, Hinman expressed his opinion that Ethereum and Bitcoin were not securities and so are relevant to the case, in which they are claiming XRP is.

One of the most successful and veteran investors in the space, Pantera announced at the Token49 conference in Singapore, that it wants to raise $1.25bn for a second blockchain fund to provide liquidity to tokens and companies during these tough times. Clearly, they still see demand from institutions, much like Porsche did, listing during one of the worst weeks for European markets this year.

We heard from our sales team that Token49 was well attended, with over 7k participants as optimism in Asia continues, especially as crypto has remained in a range lately despite poor equity and bond markets.

UNHODLING: Miners dumped BTC again as they continue to get squeezed

The Merge and the debate about the true decentralization of Ethereum, with the SEC recently declaring that it fell under US jurisdiction, was a perfect time to find out more about another project, which seems to be its antithesis. Minima, the first cooperative blockchain conducted an innovation challenge recently for developers on its protocol.

The blockchain seeks to be truly decentralized, the only one entirely run by individuals with only their phones and has now reached over 250,000 nodes (that’s more than Bitcoin) across 183 countries. The idea is that a blockchain should not belong to any entity, much like the internet and users receive rewards in tokens.

Validators can run a complete node that both validates and constructs its blockchain by downloading an app on their phone, making it scalable and inclusive. To be truly resilient to attacks it must achieve over one million validators. It also avoids the issue of centralized miners or stakers with significant power over the network.

It’s great to see builders with a vision soldiering on, in this case, seeking to fulfill the initial vision of freedom promised by the blockchain, which is sometimes forgotten. Free access to information, communication and exchange of value.